It is an audiovisual performance inspired by a Greek folk tale and taking influence from the international horror film industry, contemporary art and the surrealistic films of 1930. A distorted horror film presented in live video projection, created in the presence of the public and accompanied by live music and narration.

The Cannibal is a story of action and magic, where complex psychoanalytic symbols emerge, with their roots originating from ancient Greek mythology, about Saturn eating his children. The basic element is the life and death-dipole, where the perpetrator recanting the life he gave, essentially denies the affinity of blood, thus by destroying “its other self” commits suicide. Instead, the victims, even though they have their lives taken from them, hungry for it, are reborn through magical transformations into “something else”. 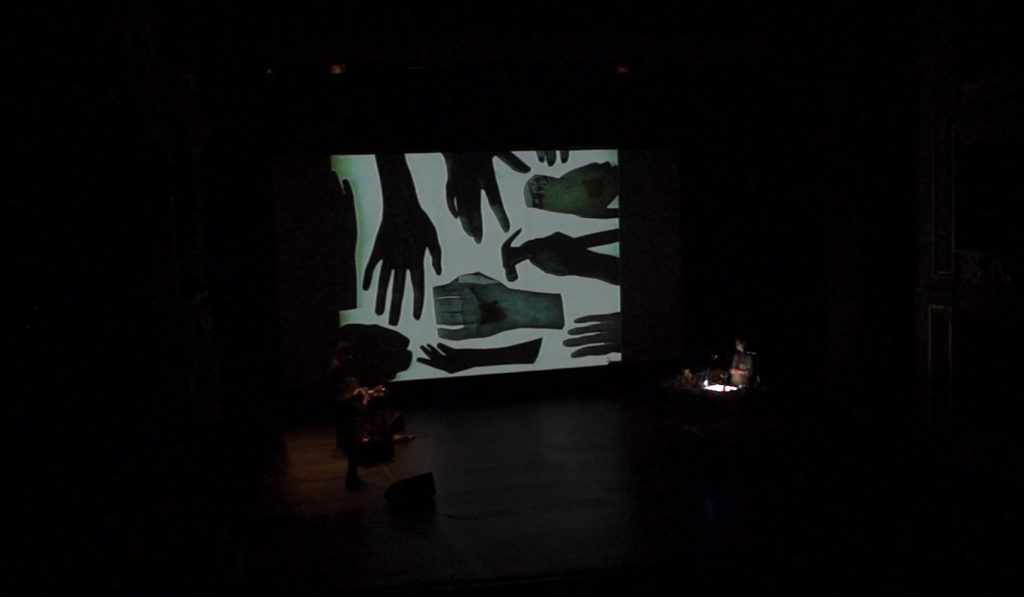